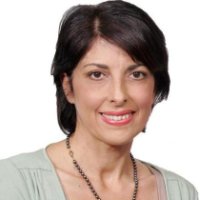 Emily is a journalist and regular contributor to a number of leading publications. Currently, she is a contributor to the Sydney Morning Herald and has spent five years at Fairfax Media working for BRW Magazine and the Australian Financial Review Group.

Emily also writes  for other publications including; The New Daily, Marie Claire Magazine and Company Director Magazine.  In the past she has written for numerous publications, such as,  Grazia Magazine, Cleo, Cosmopolitan and she had a regular ‘Money’ column for ABC Life magazine.

She has interviewed a diverse group of leading business professionals and international leaders.

Emily’s journalistic projects included compiling a number of BRW Rich Lists. She has gained many insights on success from interviewing some of Australia’s successful business people.

In 2000 Emily had the idea to write the book, “The Money Club” based on her own experiences in an investment club. The book became a national best seller – with sales of more than 25,000 (significant sales for a book of this nature and the small Australian market). The book has inspired thousands of Australians to learn about investing and start their own investment clubs.

Since that time she has spoken to thousands of people across Australia and has appeared on Sunrise and A Current Affair. She also speaks regularly on ABC radio and at business networking events across Australia. Emily has also appeared on the SKY Business News talk show “Your Money, Your Call”.

Emily is regularly asked to contribute on issues around finance and business, particularly for women’s magazines.

In 2005 Emily wrote The Savvy Girl’s Money Book – a hip and appealing book aimed at anyone who would never buy a personal finance book. The Savvy Girl’s Money Book (published by Murdoch Books) is quite the opposite to the usual personal finance book. It is written for women in their 20s and 30s, with interesting and engaging illustrative stories about money, in an empowering and realistic way.

“This is the book I wished I had when I was learning about money,” says Emily. The book is practical, witty, easy to read, with sound information and plenty of peer group stories. In 2006, Savvy Girls Money Book was launched in the UK Market. In 2007, the book was released in the USA and in 2008, in Korea and Thailand.

In August 2007, Emily revised and updated the second edition of The Money Club. The book prompted thousands of Australians to join investment clubs. Emily released “Everyday is Mother’s Day” published by Wiley Books in April 2008, a book concentrating on saving money and time for working mothers.

In 2012, Emily released an updated and revised edition of The Savvy Girl’s Guide to Money. This book will also be released as an eBook.

Emily is currently working on her next book.